What is Soul? … and Does it Matter? 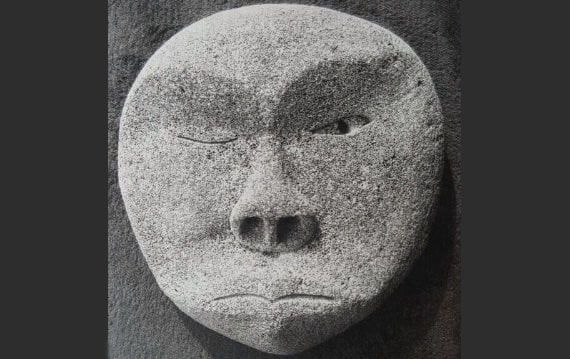 The Storyteller – An Inuit Bone Carving

The Material World – Where is Soul?

Ours is said to be an age predominantly of materialism. We’ve deconstructed so many stories and beliefs and, with the aid of science, have commonly settled on the view that the world is dead matter and available for use in almost any way. A problem is that this “use” knows no limits – it is not sustainable. It has been proposed that in forty years there will be more plastic in the ocean than fish.

What about the idea of soul? Is it an outmoded idea or one that still has value? This post offers some views on soul as an antidote to materialism, and as highly relevant to contemporary life.

We are used to hearing the word “myth” as synonymous for “commonly held erroneous belief” and are in danger of losing an older, possibly less comfortable view of the word. We meet this older view when we talk about, and dialogue with, the Greek and other ancient myths.

We can think of this older view of “myth” as non-material fact – as living fact, as what takes place outside of the material realm. This realm is the psychic, the poetic.

Clothed in facts
truth feels oppressed,
in the garb of poetry
it moves easy and free. (Rabindranath Tagore)

Terrible things can happen in myths, and it’s understandable that we might want to defend against the dark worlds they can present. Materialism can be seen as a defense against these realms, a way to live without fear.

There is a view that we ignore myths at our peril, because they speak of a largely non-rational, unconscious side of ourselves that leaves us ungrounded if we do not explore it. We can see soulmaking for what we do when we inquire into this side of ourselves, so that no longer “truth feels oppressed”.

Myth is story, and story can be lived through, can be a way in which soul finds and nurtures itself in chaotic life. As James Hillman says:

Platonists long ago and Jung more recently pointed out the therapeutic value of the great myths for bringing order to the chaotic, fragmented aspect of fantasy. The main body of biblical and classical tales directs fantasy into organized, deeply life-giving psychological patterns…(from A Note on Story, in Loose Ends)

Donald Kalsched, in his book Trauma and the Soul, speaks of the image at the top of this post: an Inuit bone carving of The Storyteller. Kalsched says about The Storyteller (relating to how we can work with trauma):

With one eye closed, focused on the inner worlds of dreams and the mytho-poetic images of the imagination, and one eye open, focused outwardly on the hard edges of material reality… [the carving] gives dramatic expression to the two worlds that I feel must be kept in view if a genuine and compelling story of trauma is to be told.

This reverence for the mytho-poetic realm, in the service of healing trauma, is Kalsched’s way of talking about and working with soul.

Gaston Bachelard in his Poetics of Reverie (in the chapter Reveries Toward Childhood) makes the distinction between soul and mind:

As soon as the past is situated within a network of human values, within the inner values of a person who does not forget, it appears with the double force of the mind that remembers and the soul that feasts upon its faithfulness. The soul and the mind do not have the same memory… It is only when the soul and the mind are united in a reverie by the reverie that we benefit from the union of imagination and memory. In such a union we can say that we are reliving our past. Our past being imagines itself living again.

Bachelard argues for an imaginative basis for our lives and for the relationship to our memories. Soul is like a fabric woven from these memories into a living reverie that eschews the material, that becomes a safeguard against it – a “soul that feasts”.

Hillman and the Soul Perspective

James Hillman was a strong advocate for the recovery of a soul perspective in contemporary psychotherapy. He defined soul as follows:

By soul I mean, first of all, a perspective rather than a substance, a viewpoint toward things rather than a thing itself. This perspective is reflective; it mediates events and make differences between ourselves and everything that happens. Between us and events, between the doer and the deed, there is a reflective moment—and soulmaking means differentiating the middle ground. (Re-visioning Psychology)

Hillman’s middle ground lies between the mystery of ourselves and the material realm. This is the “reflective moment”, that is captured in all creative acts, no matter how humble. (And later in his career, Hillman also spoke more about anima mundi, “soul in the world”; that matter is itself ensouled.)

Another lens on soul is that of Paul Tillich, who wrote of the concept of ultimate concern.

We can each ask ourselves “What is my ultimate concern?” and sit with the answers that come (or may not immediately come). For Tillich, this question allows a investigation into the dynamics of personal life. To have an ultimate concern was his definition of faith (which he said applied to people who were atheists as well as believers).

We all (except the very psychologically unwell) have some ultimate concern, and finding out what this is can guide us. We can see his question and the process of exploring the answer as another path to soulmaking.

Tillich also spoke of the “ecstatic”. This beautiful word encapsulates the idea of standing outside ourselves, yet still being present to ourselves. We are like the Storyteller (the carving above) who can open and close each eye in turn, getting new and different views of himself. We can make soul from both the outer and the inner worlds.

Creating Our Own Cultures

We need to create our own, personal cultures of soul. These could inhabit dark, unseen places. As Clark Strand says:

If someone asked me why I rise and walk at night, I couldn’t answer except to say I do it for its own sake, for the sake of rising and walking and praying in the dark. ..It creates its own culture on the soul. But in the last hundred years, that inner culture – that soul space – has become increasingly well lit. (Waking Up to the Dark)

We are looking for pointers – meaningful depths, and meaningful to the depths already within ourselves – whatever these might look like or whether they might potentially be judged by others. The place in which we ensoul our lives might be secret, hidden from the light of day.

For James Hillman writing about suicide, the tragedy of a bodily suicide might be the end result of a life in which the person defended against the multiple and progressive symbolic suicides that the psyche yearned to take, in creating a life more dedicated to soul – but was unable to take due to egoic adherences to materialism.

If these healing, multiple, symbolic suicides had been able to occur over  an extended period, then the tragic, literal, bodily suicide may not have needed to take place.

The biography of the soul concerns experience. It seems not to follow the one-way direction of the flow of time, and it is reported best by emotions, dreams, and fantasies. (Suicide and the Soul)

And we must not forget play. As Hillman says (Suicide and the Soul again) “The soul imagines and plays” and “We cannot get a soul history through a case history.”

This thought is echoed in a beautiful poem by Rabindranath Tagore:

On the seashore of endless worlds is the great meeting of children.

Tempest roams in the pathless sky, ships are wrecked in the trackless water, death is abroad and children play. (From On the Seashore)

Soul is what always remains – after we’ve dealt with the mundane requirements of commerce, with our survival and with our status in the social world.

It is the experience of ourselves as free creatures, able to turn to what draws us out into the world, into company with others, yet also into inner, possibly hidden, creative worlds – in whatever form they may take.

In our soulmaking we are attempting to express something related to an essential part of ourselves, that wants to live fully; to express an ineffable sense that we cannot ever really define, but choose nonetheless to label with that old-fashioned word soul.