Are You Sure It’s Over? 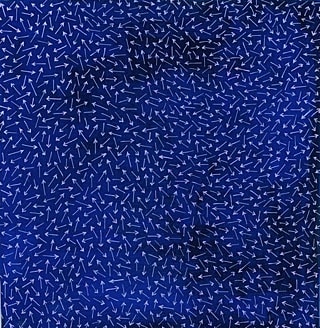 An important question for one or possibly both partners in a couple relationship, when breaking up is in the air, can be:

“Is it really over?”

But we’ve seen couples not just survive bad times, but begin to thrive and blossom after significant ruptures in trust and intimacy. So we believe it’s never too late to try to heal relationship breakdown. (And also, never too early to work on a relationship!)

We never condone abusive behaviours in any relationship, whether physical or emotional. But when this is not the situation, and when one partner has not completely given up on the relationship, it’s worth investigating whether it’s really over.

The Life of The Relationship

We often speak of a couple relationship as having its own life (distinct from the lives of the two partners in that relationship); and its own, inevitable, ambitions. We can’t say that we’ll always fix your relationship, but we can say that we’ll inquire with you, deeply and gently, as to where it wants to go next.

One theory about the life of a relationship is that we come together with another to potentially heal wounds, and/or to fully experience unlived and unloved aspects of ourselves (which are possibly missing from our experiences in our families of origin). If we hold to this theory, then we can question:

We can consider the possibility that the relationship breakdown may in fact be a breakdown of an outmoded way of being together, rather then the end of two people being together. Couples can move from unhealthy, unconscious, co-dependence to a healthy, open and aware, mutual support.

When the possibility becomes real of a relationship breaking down and becoming to an end, its dynamics change (for better or for worse), and this can allow for different kinds of conversations. These conversations are usually best conducted with a third party involved (a therapist or counsellor).

The Shock of Being Left

When one partner announces that the relationship with their spouse or partner is over, the person on the receiving end of the announcement can suffer a range of traumatic responses.

In some cases an affair may have been successfully kept hidden, so the announcement is accompanied by the news that the aggrieved person has already been replaced. This can be devastating for them.

We encourage people in this situation to seek relationship counselling. If the leaving partner is amenable, healing work can be done with them, to gently work through the shock of the breakdown and to gain some understanding of what has happened.

However, if the leaving party is not amenable to this kind of inquiry then we strongly recommend personal counselling for the person being left.

The Agreement for Closure

If a breaking-up couple decide to work through the end of the relationship, and consider the future for themselves and possibly for their children, it becomes important that all parties (therapist included) agree that it is mediation therapy that is being undertaken.

In this way, no one becomes blind-sided by a later-revealed expectation that one party imagined this was going to heal the relationship.

If a couples relationship has broken down irretrievably and there are children involved, remember that the relationship that the children have with their parents has not broken down. Children hold strong inner parent archetypes, and these must be allowed to thrive and nurture them. This can only occur when the breaking up couple do not:

When there are children involved then the parents in almost all cases can expect to, and should, begin to form a different and ongoing relationship with each other – around the issues of parenting in different homes.

We can support parents in this situation to do the best for themselves and for their children. Sometimes it’s enough to have a safe forum in which these issues can be aired. Relationship counselling with us can certainly be this forum.