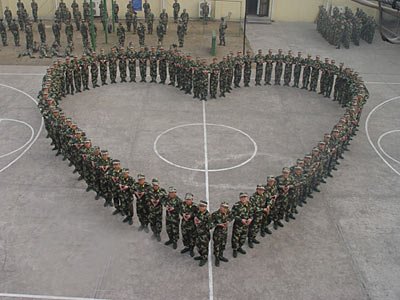 Moving from war to a re-humanising peace in your relationships. Non-violence towards self and others is a key to change.

We recently posted The Golden Rules of Relationships which highlighted the importance of feeling our feelings.

Another way to say this is “Stop the violence within ourselves“. What violence? That caused by the self-imposed requirement, based on our experience in the world, to push down how we really feel, how we would naturally react.

We listened to a compelling audio piece (part of the recent Ultimate Mens Summit) in which Edward Tick of the U.S Soldier’s Heart talked passionately about the urgent need to provide tools to re-humanise returned service people and those who have been living in traumatic situations:

The crusaders of the Middle Ages were considered, even after they came back from war, even though the wars were considered holy and blessed by the church … the crusaders were considered soiled and that they had fallen from grace, and that they had to perform penance for three years, non-violent penance, rebuilding the world, before they were able to take communion again and be considered to have worked their way back into holiness. We absolutely need to retrain people, to re-humanise people when they’ve been trained to kill, whether it’s in the military or the inner city or in prison … we do de-humanise people systematically and they ache to be re-humanised.

What Ed’s taking about is an extreme case of what’s being played out in some relationships: people so hurt by trauma that a war continues to be played out. And here is where “Feel You Feelings” becomes an imperative, and also a task of some proportion.

We need to remember that the relationship that has become a battleground needs to be re-humanised, and that there often needs to be some kind of ritual (non-violent penance) to enable that to occur.

Some couples do this by daily recommitment to the process of change; some are helped in couples therapy to take this path of non-violent transformation.