Psychotherapy and relationship counselling make use of a wide range of theory and practice that’s constantly evolving. In our own field of Gestalt, for example, current practice has developed from a somewhat individualistic perspective to one that is very relational. The true meeting of the therapist with their client(s) (and how they co-create that meeting) is seen as of paramount importance and is the arena in which healing occurs.

But let’s also not forget ancient approaches. Other cultures (and our culture at other times) have always had ways of describing and charting how we can inquire into ourselves. One such is the Alchemical tradition that flourished in Europe in the medieval period. While at the level of the physical (turning base metals into gold), alchemy appears nonsense, at the psychological level it’s a quirky, complex, yet often archetypically true attempt to map endlessly complex internal processes and possible human inquiries.

One such text, the Mutus Liber (or Mute Book) is a classic from the seventeenth century. The fact that it is “mute” is a hint that it’s the images that are meant to be mediated upon – the book is intended to work at a level beneath that of discursive text, beneath the rational.

Here’s Plate 1 of the Mutus Liber. Two winged angels ascend and descend a ladder (Jacob’s Ladder) and attempt to arouse the sleeping figure at the bottom. We could see this as a call to the work – to the individual or to the couple to awake from their current situation and begin the process of working on themselves or on their relationship. 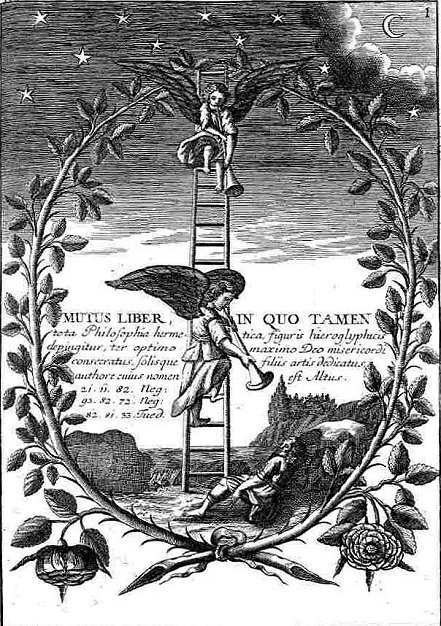 As another example of the processes that can occur in psychotherapy (often at subliminal levels) here’s Plate 2. 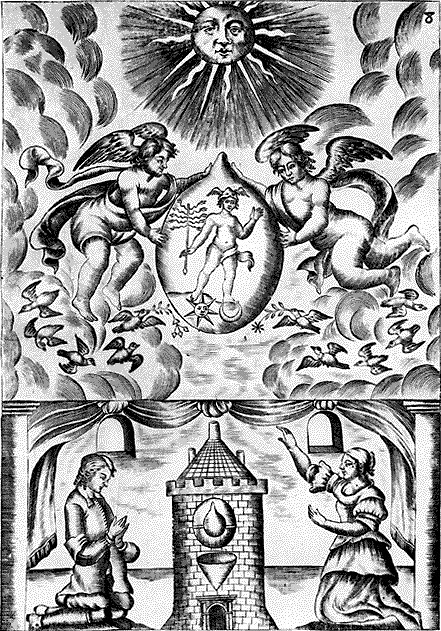 The winged angels are now holding a sealed flask (a common symbol in alchemy of the container in which the work is conducted). The flask holds Neptune, with two children bearing Sun and Moon symbols. These are said to depict the spiritual forces at work on the subject (the individual or couple in psychotherapy).

Below, in the earthly realm, the alchemical couple tend the furnace of the work, the male alchemist on the left and the female alchemistic on the right. As Adam McLean* says:

One interpretation of this would be that these two figures, the male and female partners, are in fact parts of the individual soul of the alchemist undertaking the work. However, equally valid is the viewpoint that the Great Work cannot be achieved except by such a partnership of the alchemist and his Soror Mystica. The idea of the Mystical Marriage and the Chemical Marriage is an important element in the esoteric alchemical tradition.

To us, this is archetypal evidence of what we already experience in the room when working with couples – the therapist can access parts of their soul at levels that go deep into their own unconscious and into that of the couple clients in the room.

*Adam McLean’s A Commentary on the Mutus Liber (Hermetic Research Series) is a good introduction to this work.