The Perils of Character Development

In Gestalt we’re often working with the Here and Now, with what’s arising in the present moment. But of course, what’s arising is often affected by our habitual patterns of coping, on our creative adaptations (as they’re termed in Gestalt).

We call these adaptations “creative” because they have enabled us to accommodate to the social environment as a child.

Outside the field of Gestalt, several of the character-analytic theorists have described five distinct stages in the development of character. It’s in this process of deleopment that they see the formation of character occurring.

This post is a short introduction to this approach to understanding character. We can use it as a kind of checklist for ourselves, for how we feel we’ve navigated the perils of the social environment in our past and how they may still inform our lives today. We sometimes use this model in our work with individuals and with couples.

The Stages of Character Development 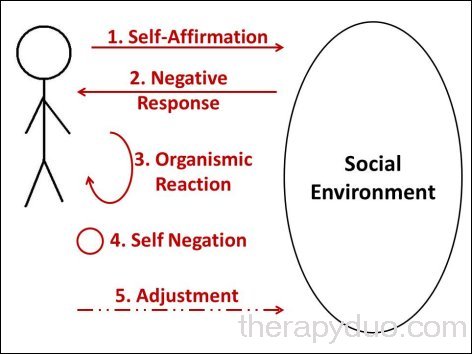 This is the initial expression of our natural, instinctual needs. Maybe these involve dancing, singing, throwing mud, loving without fear!

The social environment (for example family, school) is often completely unconcerned for the developing individual’s needs and reacts in a way that frustrates or blocks those needs.

The bewildered individual responds in sometimes quite extreme and instinctual ways: experiencing and often expressing rage, terror, and grief at the loss of being authentically seen.

Here is where the character-theorists consider the work of character formation to occur. It is the place where neuroses begin: through a sophisticated means of adaptation and denial of authenticity.

So begins what is often a lifetime process of setting the person against him/her self. Much work has been done on how these blocks become held in the body (for example), even causing postural distortions. (Wilhelm Reich did significant work on this.) Deeply held blocks such as these are resistant to change, because they serve to avoid anxieties about being hurt again.

This is where Gestalt, an inherently relational modality of psychotherapy, can be powerful in bringing these difficult states to consciousness.

In the final stage the individual does whatever is necessary to adjust to this difficult ground. (It’s here that the British psychologist D.W. Winnicott talked about the creation of the false self.)

The individual develops a compromise solution in adapting to the environment, sculpting his/her character using the methods described here: either or both of suppression (Stage 4) and exaggeration (Stage 5); accommodating unnaturally to the environment (to avoid pain) while maintaining some level of contact.

(Narcissism is an example of such a method.)

The character-analytic approach can give us insight into the myriad ways in which we have modified our natural state (and continue to do so) using neuroses and psychopathologies. This we can call “character“. A relational approach such as Gestalt can offer real healing, because it is a therapy involving a genuine relationship between therapist and client, focusing on adaptation and denial of authenticity.

For more information on this topic – which is both theoretical and based on research (but not dry) – see Stephen M. Johnson’s book Character Styles.