Reflections on the Couple Bubble 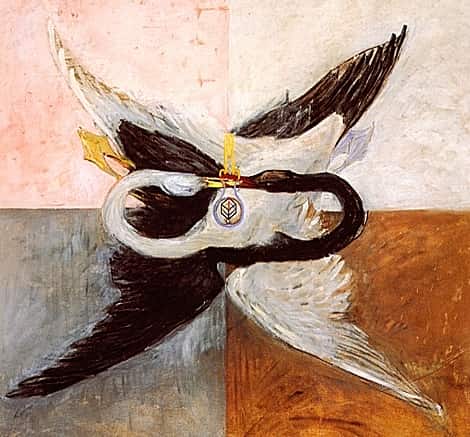 Creating a safe relationship that can grow and flourish. Understand unconscious and conscious agreements and other tips.

The term couple bubble is gaining currency in couples work. Stan Tatkin, in his book Wired for Love (which we recommend to couples) defines it as:

…the mutually constructed membrane, cocoon, or womb that holds a couple together and protects each partner from outside elements.

The couple bubble is built on a set of implicit (unspoken) or explicit (spoken) agreements. What makes these agreements powerful is that they are consciously held, by both parties to the relationship. (In this way, they are different from unconsciously held agreements, in which the couple members choose to prop each other up in a way that limits both of them – the couple becomes co-dependent.)

The couple bubble implies such agreements as:

It can be a powerful exercise for couples to discuss such agreements together, and to come up with guarantees they could give, and guarantees they would like to receive. The very act of having such discussions can strengthen the couple bubble.

In our individualistic careers and in public life, we are expected to be grown-up; to fend for ourselves and to not be dependent. This is the face we usually need to offer the world.

Within an intimate relationship however, this is not the situation. Usually it’s our younger and more vulnerable selves that are in evidence, and that are seeking for connection, validation and love. Early mother/infant dynamics are alive, and basic concerns such as self-worth and self-esteem are at stake. These concerns we can bring to the couple bubble, and here is where we can experience mutuality rather than autonomy.

It’s becoming conscious of the couple bubble that allows us to find a place for these younger ones within us; ones who may struggle even to articulate their needs using words. This is where couples therapy can be powerful, in allowing gentle conversations in a safe environment; conversations about what these younger parts need.

To find a place for these younger ones within us; ones who may struggle even to articulate their needs using words.

Ruptures in the couple bubble can also be usefully examined, either together at home or in couples therapy. What happens at these times of rupture? What are the feelings invoked in each of the couple members? Where do they each “go” emotionally, when the bubble ruptures.

And what techniques and with how much speed can a rupture be repaired? It’s not a matter of never having ruptures; it’s the speed at which ruptures are repaired that is significant, and is an indicator of the health of the bubble. (Ruptures themselves are inevitable when two people agree to be emotionally exposed.)

A Lesson from Alchemy

These ideas have been around for some time; they appear, for example, in the 16th century alchemical Rosarium Philosophorum woodcuts. Here’s woodcut number 2, in which a couple is depicted as undergoing an alchemical process. (Nathan Schwartz-Salant draws out this situation in his book The Mystery of Human Relationships.) 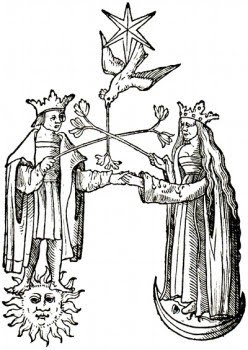 The couple in this image are making the so-called “left-hand contact”, implying that they are connecting in a way that’s not conscious. They are probably co-dependent to some extent, being driven by situations from their families of origin in ways that could be unhealthy and/or incestuous. However, it’s the descending dove that is truly the saviour, another (higher) level of consciousness, which enables them to understand where they have been unconsciously – and so to transform their relationship (a process that is drawn out in subsequent woodcuts).

Couples can explore areas where they are co-dependent in this way by deciding to look at their “triggers”, those moments where they react negatively to their partner’s “tone” or “negativity”. This is an ongoing practice; to decide to not react, to not do what they “intuitively” “want to do”; to hold themselves and to investigate what is going on for them. If someone can stay in emotional contact with their partner, when triggered; if they can explore the emotions that rage within them, they may come up with something new about what is happening for them, and may get an understanding of things that have been held in the shadow.

(See more about not reacting in our post Go the Other Way.)

To make unconscious contents conscious is a way to strengthen the couple bubble. From this standpoint, it’s possible for couples to have more clear discussions about the agreements that make up their bubble. And for couples who can do this, the resulting healthy bubble may be the very thing they have yearned for since childhood.