Are We Sleeping with our Expectations? 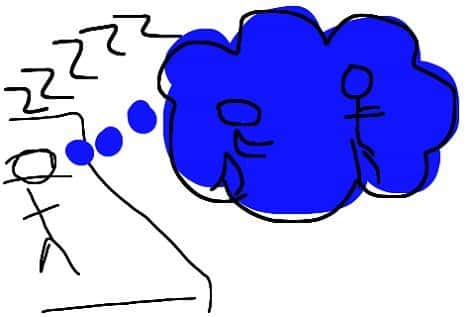 Why might couples come together in the first place? What are they trying to achieve? Can we get what we want?

Sleeping with our Expectations

(We’re using “sleeping” here as a metaphor for a deal or arrangement that we’ve forgotten we’ve made – it’s become unconscious.)

And are we willing to investigate this – perhaps even to bring our unconscious expectations into the light in therapy?

We spoke in our last article of the narcissistic wounding that can drive a relationship. And here we’ll touch on expectations (which is another lens on the same issue).

We often see in relationships that people come together out of a sense of the difference between (rather than the similarity between) the partners. Each person seeks completion in some way. Aspects of the other represent parts of their personality that are (psychologically) in the shadow; to some extent, at least, out of awareness.

There’s nothing wrong with joining out of a sense of difference as long as this dynamic is seen and acknowledged in the relationship. What doesn’t work is when the joining is driven by an old loss that may pre-date the relationship, that is unseen and that continues to drive one or both of the partners.

There can be a fantasy of union and a continual fusional grasping to avoid repeating the original loss.

An Aside – Original Loss

Much has been written on original loss and its investigation by many of the greatest minds in psychotherapy.

Original loss is not just a lingering, painful sense of wrong done to us personally (early betrayals by our primary carers – although this can be hugely important) but also has an existential aspect: the loss of being born, of being thrust out of paradise into a world that (even in the best of circumstances) is subject to chance, luck, and sometimes relentless and difficult realities.

And original loss has deep cultural aspects as well (the loss of paradise) – as talked about by religions since time immemorial.

Fusional grasping is an evocative term used by Aldo Carotenuto. In his book To Love To Betray Carotenuto says:

[An] implication of this fusional grasping is that in the relationship, the partners recognise each other only in proportion to the degree that each fulfils the other’s needs… It is interesting to observe that the causes of rancour and incomprehension between two partners are always the same and remain the same for years – at times an entire lifetime – without a real solution being found.

Carotenuto goes on to say how a betrayal (such as an affair by one of the partners) can be an angry attempt by the betrayer to recognise the parts that s/he feel have been suffocated by the fusional grasping of the other – and for those parts to get mirrored by a third party.

To work through the acute pain of an actual betrayal, or to work through fantasies of betrayal, can be a way of revealing the fusional grasping on which the relationship may have been based.

This work can start with each partner in the relationship attempting to make an inventory of their experiences of the other’s expectations of them; and (sometimes painfully) working through the evidence (real or imagined) together.

This work is valuable, for if we can be accepted only so far as we fulfil the other’s expectations, we are both imprisoned.