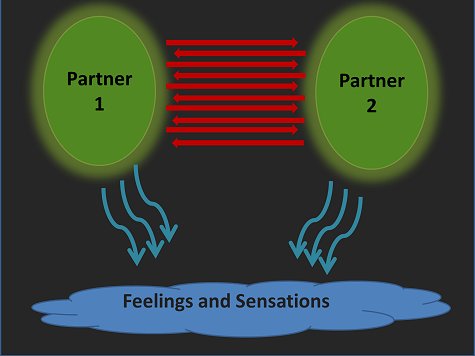 Getting past the original narcissistic wounding to find a place of connection through feelings, sensations and understanding.

The Barbs and Wounds of Intimate Relationships

Often couples come into therapy recounting an argument they’ve had. Each partner valiantly tries to get us to agree that their own position is correct. Well, it won’t work. We’re not there to be adjudicators. Actually, we’re not even there to resolve conflict (which may sound strange, but more on that later).

What the couple is usually experiencing is repeated bouts of attack and defense, to-ing and fro-ing between the protagonists until exit and/or exhaustion of one or both parties occurs.

Our approach is to stop the conflict immediately (both in the therapy room and as a strong suggestion for elsewhere). We suggest a number of simple approaches such as:

The World of Feeling and Sensations

When we encourage couples to enter the world of feelings and sensations, huge changes can occur. This world was usually already there, hidden from them; and it was usually the yearning of both partners to experience it and to interact from this world; but it’s unfortunately been blocked by the “bubble” of each individual’s defenses.

In the image at the top of this article, the “pool” labelled Feelings and Sensations is shared – indicating that it can potentially belong to the “we” of the relationship, not just to the individuals separately. 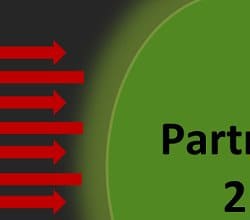 When we’re wounded by our partner and the barb goes deep, it punctures our defenses, our guarded sense of self. This sense of self has been built to a greater or lesser extent in a healthy way, in order to survive the conflicts of normal growing up. The current view is that we all to some extent suffer some level of narcissistic wounding. (And it can be hard sometimes to decide whether it’s healthy.)

So another powerful approach to working with conflict is for us to begin to get enough resilience to see the way in which our narcissistic wounding is being invoked in our struggles. We wrote in our previous article about the Dark Couple. This couple is fuelled in proportion to the inability of each of the partners in a relationship to see their own wounding.

In other words, if we are unable to absorb the injury of the wound triggered by our partner’s barb, we give the dark couple energy; an energy that becomes redoubled if our partner fails to absorb our wounding of them in retaliation. It’s a vicious cycle of hurt and retribution (like an Old Testament story).

Absorbing the narcissistic wound comes only by admitting the existence of some vicious and unpleasant qualities in ourselves, without rebelling in defense and accusation. Can we own anything of what our partner is saying they don’t like about us (even 10% or 1%)?

A gradual process of growth and maturity can occur for both partners as they begin to see the existence of the dark couple, and begin to be able to withstand and absorb their own narcissistic defenses.

But change really, deeply happens when both partners get an understanding, at the root level, of the unconscious energies that have driven their relationship. With such deep understanding, external changes (such as reducing conflict) happen by themselves – and sometimes even evaporate!

Previous post: Revelation and Intimations of a Dark Couple