I Want To Build Trust But S/he Is Not Trustworthy 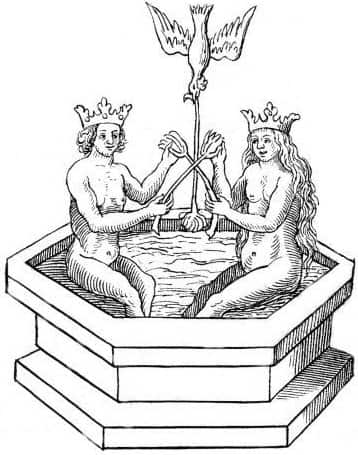 Building or rebuilding that subtle bond of trust and truth with an intimate partner.

How to Build Trust?

We often see this: the couple want to work on “building trust”. The issue shows up in many different ways. One person may allude to not trusting the other with money, or one person might say “If I am vulnerable it will be used against me later”. And these things may have been true in the past, maybe even recently.

We find that the way trust gets built is subtle. On the one hand it requires openness, diving into the deep end, a leap of faith. On the other, it requires real evidence that change has occurred. Let’s explore both sides.

Openness and a Leap of Faith

Faith is for zealots and extremists, you might say to yourself. You’re more rational about trust. And your feelings and concerns are based on real hard evidence, your past. You’ve been hurt before, right? And possibly badly and you won’t let that happen again.

There is a problem with this attitude. Our brain collects experiences and makes meanings from them. But it’s often lousy at figuring out matters of the heart. It likes to be in control, and with the heart, it isn’t. So in trying to regain power it usually does damage. And this power struggle is painful for all concerned.

Why does this happen? Well, we learn early and we hold on dearly to what we learn, even if this means denying what is clearly in front of us now and sabotaging our dreams and desires. This is survival mode. It’s somewhat useful early in life – learning from our mistakes or finding ways around a father’s criticism or a mother’s bad mood, for example.

But what happens when we believe our partners are often critical or scary when upset? Then we are stuck. We reinvent (in adult behaviours) our coping mechanisms from childhood and we fool ourselves that we are being objective, protecting ourselves from the onslaught, when in fact we are missing the truth. The difficulty is that we do not want to see the truth. Our beliefs are comfortable – more than that, worth fighting for even if they are wrong.

Somehow the brain makes up that if we act differently now, then maybe we had it all wrong before too. And we dig in deeper, not wanting to lose our sense of ourselves. Our beliefs are who we are.

But the things that were scary in our past need not be so scary anymore. We can hold on to the fear and the belief that we will be hurt again, stronger than we can hold the possibility that we can have a new experience. Holding the idea that things could be different now is what is scary! Is there a chance that this person may be critical sometimes or may have mood swings occasionally, but that we can cope in a different way, maybe even be there to help them when they are most in need, rather than running or fighting?

If we defend our beliefs and, when things fall apart, say to ourselves “I knew it couldn’t work” (with a mix of satisfaction of having preempted the failure, and sadness at recognising this) then we have lost a chance of things being different.

On the other hand, if there is not yet trust, then trust cannot be willed into existence. Fears and hurt will just become alienated from the relationship, to live their life in secret.

Truth is what’s required, and truth must be communicated, even if it’s the truth that “I do not yet trust”. Real trust requires evidence that things have changed, over time. It requires evidence of the actual over the intention stated by either party in the relationship.

The solution, as we see it, is to hold both sides.

The couple needs to decide that this work is paramount, and that it is ongoing. They learn to return to openness for however long it takes for actuality to win out over intentions.

The magic is that in so doing, the relationship becomes transformed. We’ll talk more about this in a future article, but there’s sufficient evidence that the act of working in this way, of focussing on the issues of trust and intimacy together, can itself be transformational.

The transformational process is about speaking, in a dialog of deepening truth, saying words that might not have been said or heard in the relationship before. If the couple can learn to hear those words and learn to trust that the other wants the same as them, then they can heal. If not, then old beliefs win and the relationship loses.

Will you take the leap to openness in your relationship, while patiently holding your need for seeing the actuality of change?

(The image above is the fourth woodcut from the Rosarium Philosophorum.)

Next post: Revelation and Intimations of a Dark Couple